Farmington is a town of 25.000 people located in the heart of Hartford County, Connecticut. This town occupies a large part of the Farmington Valley of the United States of America. Farmington is home to the headquarters of some important corporations like Carvel, Otis Elevator Company and Carrier Corporation. Farmington was initially an area inhabited by Tunxis Indians and is the oldest white settlement on the Connecticut River. It was established in 1640 and the city was named and incorporated in 1645. Famous residents of Farmington include Anna Roosevelt Cowles, the eldest sister of president Theodore Roosevelt, Jaqueline Bouvier Kennedy - the wife of president John F. Kennedy, director Winchell Smith, rapper 50 Cent and boxer Mike Tyson.

Being in one of the exciting destinations in Connecticut is what anyone will agree to as interesting. However, to really savor the flavor of Farmington, you ought to be there live to be a part of the stories making headlines in America's travel magazines. 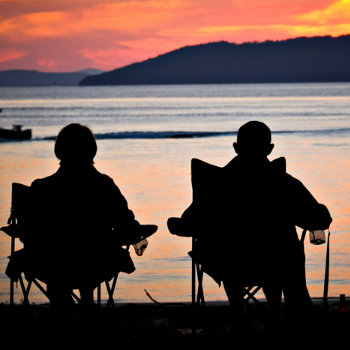 Farmington Historic District is the center of the town and is was included in the National Register of Historic Places in 1972 thanks to the great old buildings that are perfectly kept and due to their historic importance.
First Church of Christ is a historic church used by the Amistad Africans. The church was built in 1771 after a design made by Judah Woodruff. The building has a Greek revival style and is an excellent example of architecture. The First Church of the Christ is a National Historic Landmark since 1975.
General George Cowles House is a historic building located in Farmington, built in 1803 and added to the National Register of Historic Landmarks in 1982.
Hill-Stead Museum is an art museum from Farmington, located in a colonial revival style house. 19 rooms of the house are opened to visitors and the house is filled with paintings by Eugene Cariere, Edgar Degas, Edouard Manet and Claude Monet. Also, an impressing collection of more than 2500 photographs can be admired here. The house was declared a National Historic Landmark in 1991.
Courtyard by Marriott Hartford can be found on Southeast Road. It's a rest house with high level luxury that includes basic and optional amenities. Both business and leisure guests will enjoy the beautifully designed setting that makes up the magnificent hotel.

Black Rock State Park, visit this nice setup and see for yourself, the hidden beauty of Farmington from a closer perspective. The park is well located to suit all preferences just as the presence of the shelter-giving trees and rich, trim greenery.

Hill-Stead Art museum is another delight among those with a soft spot for history and cultural heritage. Situated along Mountain Road, the at home is a building that contains lots of collections from centuries past and carefully kept for the present and the future as well.

The Stonewell Restaurant for anyone and everyone who wants to have a taste of classic dining, you must be looking forward to this restaurant with a nice location in Farmington. Anytime you crave for something out of the usual, try to stop by for a delicious round plate or takeaway.

Marriott Hartford Farmington is a luxury hotel with enough suites to make any occasion graceful. The hotel located at Farm Springs offer modest rates for guests who wish to use its services to organize events or for accommodation. It is just 25 minutes away from Bradley Int'l Airport.

Other locations near Farmington
Farmington Map