Cars
RV Rentals
Loading...
Compare Deals to Find The Cheapest Car Rental in Miami
Download the VroomVroomVroom app and access the best car hire deals wherever you are.

Compare Deals to Find The Cheapest Car Rental in Miami

VroomVroomVroom provides the easiest way to find and book a cheap car rental in Miami. Compare rental cars from trusted brands, including Alamo, Avis, Budget, Hertz, Dollar, and Enterprise, to help you find a vehicle with the lowest price. You will receive a confirmation email after locking in that great deal!

Miami, Florida, known as the Magic City, provides tons of excitement and beauty full of museums, parks, golf courses, and fabulous beaches. Miami is located in the southeastern portion of Florida on the Miami River and located near the Atlantic Ocean. With mostly beautiful weather, the city has plenty to explore and there are plenty of cheap car rental Miami locations for your convenience.

A Miami car rental will get you around with convenience and allow more time to explore. Cruise around, stop at a park, drive across the bridges, and a have a great visit in Miami, Florida. Renting a car is important if you want to see a lot more of what Miami has to offer. This city is full of adventure, providing numerous beaches, pools, golf courses, amazing architectural displays, exciting museums, and fun restaurants with many along the beaches.

Reasons to book a rental car in Miami at VroomVroomVroom

Apart from having a hassle-free booking experience, there are other benefits of renting a car through us. Below are some of them:

If you want to enjoy the sunny weather, then visit Miami between March and May. This is the perfect time to go to the beach and explore the parks, including the Bayfront Park, Flamingo Park, Biscayne National Park and Amelia Earhart Park. EDM fans should definitely attend the Ultra Music Festival held every March. Tennis fans, on the other hand, can catch their fave players at the Miami Open while foodies indulge in delectable drinks and dishes at Taste of the Nation.

Miami is located next to the Florida Everglades and resides in Dade County. If you are arriving via Miami Airport and want to head straight to Miami Beach, take the FL-112 E and I-195 E route. The driving time is approximately 21 minutes. You can also take the FL-836 and MacArthur Causeway route.  In Miami, cars are permitted to turn right even at red light unless otherwise indicated. The speed limit in school zones is 15 mph while business or residential zones is 30 mph. Most expressways have a speed limit of 55 mph, but it sometimes gets reduced due to road conditions.

The Miami Guide by VroomVroomVroom

Hop in your Miami car rental and start exploring The Magic City!

We at VroomVroomVroom not only aim to give you the best deals in car rentals, but also the best holiday or business trip. Whether you're travelling alone or with the whole gang, we have found awesome places which you can visit during your stay in Miami. Check out our list of attractions, accommodations, and dining venues below: 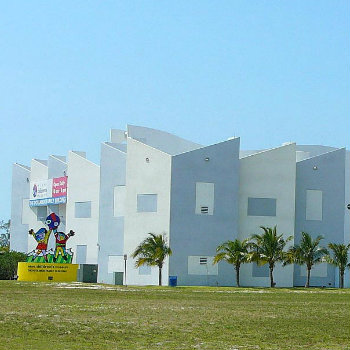 Before it was called Miami Children's Museum, it used to be known as the Miami Youth Museum and was located in West Kendall. The museum was moved near Downtown Miami specifically on Watson Island in 2003. Kids and even adults will surely have fun exploring the exhibits at the MCM. There are 14 permanent galleries to check out – from exciting underwater exhibits at “The Sea and Me” and “Ocean Odyssey” to the creative displays at “All About Art” and “World Music Studio”.

For the ultimate shopping experience, visit Bayside Marketplace where you can find a wide selection of shops located in four zones. There are shoes and apparels for men, women and children, accessories, electronics, toys, jewelry, bath & beauty, sports, and services. Apart from a variety of shops, there are many dining choices in the marketplace that will definitely satisfy your cravings. You can also catch live band performances every night at the Marina Stage or check out the artisanal displays every weekend at the 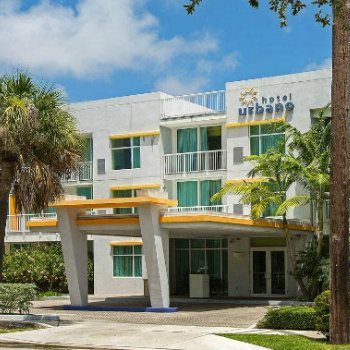 One of most stylish hotels in Miami could be found along Brickell Avenue. Hotel Urbano is just a few minutes away from the vibrant city centre. Their rooms are like art galleries where you can find the masterpieces of the local artists. You can even buy any of those artworks if it catches your interest. There are 65 luxury rooms to choose from including poolside cabanas in Hotel Urbano. Each of the rooms are equipped with modern amenities to make your stay more comfortable. Enjoy light meals and snacks at Bistro Urbano or take a sip on their signature cocktail beside the pool.

Situated along the prestigious “Millionaire's Row”, Costa Galana boasts of its beachfront setting and superb location. The hotel is just a few minutes away from the Miami International Airport, Miami Business District, Coral Gables, and Coconut Grove. You can enjoy a scenic drive to Ocean Drive, South Beach, and Lincoln Road. Each of Costa Galana's 540 trendy suites has a kitchenette and breathtaking view of the ocean or the bay. Take advantage of the facilities featured in the complex including the heated swimming pool, Turkish baths, and world famous Russian Turquish bath with sauna. 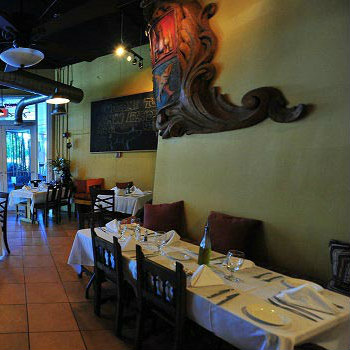 Formerly known as Jamon Jamon Jamon Restaurant, Pata Negra is situated in the historic hood of the Miami River. Get ready to treat yourself with affordable and authentic Spanish cuisine prepared by Chef Felipe. Their menu is evolving and you can expect to see regional faves in their list from time to time. A must-try are their tapas which include cured anchovies, Spanish-style grilled shrimps, and jamon. Popular Spanish dishes such as paella and langostinos can be found in Pata Negra. Make sure to sample their house specialty which is their crispy and juicy suckling pig.

Situated right in the heart of Little Havana, Azucar is one of the most popular ice cream stores and sorbet boutiques in Miami. It will be hard to miss this delectable dessert venue because of the huge ice cream cone display outside the store. The Maximo Gomez Domino Park and the Tower Theater are just across Azucar. The recipe was inherited from the owner's grandmother who created different flavors from tropical fruits that she encountered during her travels. All of their ice creams and sorbets use high quality natural ingredients. They are also made daily to retain the freshness of the ice creams.

Here are other great things that you can do in Miami!

Between the Florida Everglades to the west and Biscayne Bay to the east, you'll find Miami's suburbs on a wide plain,  that also extends from Florida Bay north to Lake Okeechobee. 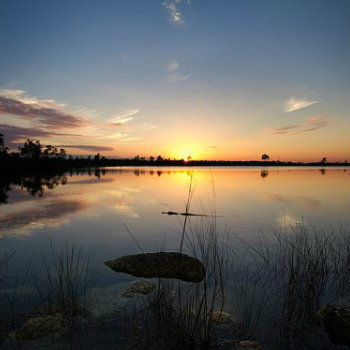 Everglades National Park. Take your rental car down to the Everglades in Miami where you can park your car and get up close and personal with real live alligators! Take an airboat tour and visit up to 2,000 alligators and other exotic species from around the world. Hope to see you there before summer vacation comes to an end!

Whatever you have seen in films and TV, you can see in real life when visiting Everglades National Park. The Park is indeed the  largest subtropical wilderness in the United States. If you are lucky, you'll see  rare and endangered species, such as the American crocodile, the Florida panther, and West Indian manatee. It has been designated an International Biosphere Reserve, a World Heritage Site, and a Wetland of International Importance, in recognition of its significance to all the people of the world.

Drive over and fly the friendly skies at the Wings Over Miami Museum! Check out past military memorabilia that honors aviators, military airman, and past aviation pioneers!

Rent a car with us at VroomVroomVroom and head over to the Ancient Spanish Monastery. The Monastery was built in Spain, and when it was brought to the United States, the stones were taken down one by one and stored in New York for 26 years. The Monastery of St. Bernard de Clairvaux was later rebuilt and is now open to the public!

If you love animals either on land or in the sea, Miami has something you'll enjoy! Drive your rental car over to Zoo Miami or the Miami Seaquarium -- you're guaranteed to see something interesting, and you'll probably learn something new!

Arcade Odyssey. If you have kids or you're still a kid at heart, you'll love Arcade Odyssey. Full of coin-operated arcade games, from fighters to shooters, pinball games, and new and eclectic Japanese titles, Arcade Odyssey has 3D screens, rumble seats and every game console you can imagine! So pack up your gamers and some money into you car rental and visit one of the country's remaining great arcades!

Miami beach. Area Miami beaches have been recognized as top picks for recreation and families, and have been ranked among the best beaches in USA. Raised boardwalk over the dunes popular for strolling and jogging.

Go to Biscayne National Park. There is the only living tropical reef within the continental U.S. Within sight of downtown Miami, yet worlds away, Biscayne protects a rare combination of aquamarine waters, emerald islands, and fish-bejewelled coral reefs. Here too is evidence of 10,000 years of human history, from pirates and shipwrecks to pineapple farmers and presidents. Outdoors enthusiasts can boat, snorkel, camp, watch wildlife…or simply relax in a rocking chair gazing out over the bay.

Enjoy Miami`s dining scene. It is truly exciting, one of varying tastes that can satisfy the most complete palate or craving. With so many different cultures migrating to Miami, local flavours tend to be much more exotic. The influence of flavours and culture here is almost overwhelming and has many positive effects on menu and recipe design.  Joe's Crabs is the traditional favourite.

Shop at Miami Beach. It's part of a whole lifestyle which makes sexy South Beach a shopper's paradise. Soak up the sun and atmosphere of Ocean Drive, and then stroll over to Collins Avenue Shopping District, Washington Avenue, Española Way or Lincoln Road for one-of-a-kind fashions and accessories.

Go back
Other locations near Miami
Miami Map
Happy Customer Reviews for Miami Car Rental
Rating: 4.8 / 5 based on 6 reviews