These Big Things To See in San Antonio, Texas can really kick all the others' butts!

The World's Largest Cowboy Boots are a 40 foot tall pair of boots that represent the worldwide cowboy phenomenon. If you know any 150 foot tall cowboys -- well, we don't even mess around with regular size cowboys! They love their boots, and it's a big deal when a man (or woman) gets a new pair of them! 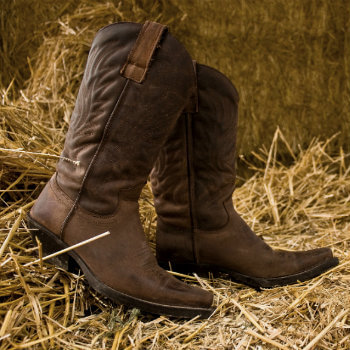 This fine example of one of the World's Largest Outdoor Art Projects honors the hard-working men and women who tamed the Biggest State in the USA!

The history of these Big Cowboy Boots, which sit at the corner of San Antonio's North Star Mall parking lot, began in 1979 when artist Bob Wade got his Huge Fancy Footwear project funded by the Washington Project for the Arts...

Mr. Wade, who goes by the nickname "Daddy-O", went to Washington, D.C., and created them while living in one of the USA's Smallest Hotel Rooms -- but it was donated to him for his stay in the capital, so he doesn't complain!

These Giant Cowboy Boots were always meant to be a temporary display in Washington. The next year the Rouse Company, then-owners of the North Star Mall (off the 410 Interstate Highway Loop in San Antonio) won a bidding war against Houston and moved them to their current location.

For their 30th birthday a few years ago, the originally delicate boots were reinforced and strengthened, using polyurethane foam developed by NASA!

"Daddy-O" Wade has said his inspirations for creating these Big Things To See all those years ago was "that notion that East Coasters have of Texas as just this vast place full of dangerous animals and hayseeds".

If you want to visit the World's Largest Cowboy Boots, just point your cheap car rental in the direction of the North Star Mall, 7400 San Pedro Avenue in San Antonio.

Since it's near the 410, there are several ways to drive your rental car there. If you're traveling East on I-10, you'll take Exit 564 to get on I-410 East, then take Exit 20. You'll find the North Star Mall located less than a half-mile on your right, between San Pedro Avenue and McCullough Avenue!