Wall Drug Store is one of America's Biggest Retail Shops and, located 50 miles east of Rapid City, it's also a popular destination for Interstate 90 travelers passing through South Dakota. Wall Drug is the World's Largest Drug Store and this Big Thing To See in the USA is one of the coolest places to check out whenever you're in the Pacific Northwest. 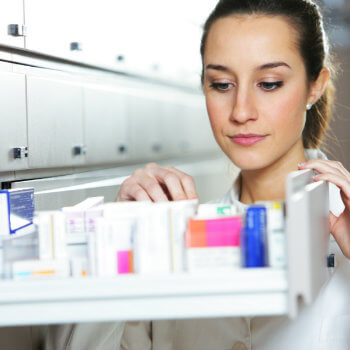 Purchased by the late Mr. and Mrs. Ted Hustead back in 1931, the small Wall Drug Store soon grew into a "one-store shopping mall" with a cowboy theme. Mrs. Hustead was the one who advised her husband to advertise with a highway sign, and to give away free ice water to weary drivers. Today, it's a 75,000-square-foot Big Example of American small business success! (And why you should listen to your wife!)

This Big Drug Store also includes a 400-seat restaurant, a museum of western art, a chapel, and an 80-foot tall Apatosaurus statue designed by Emmet Sullivan!

Wall Drug is located in the tiny town of Wall, South Dakota, population 843. "Wall" is named after the Badlands Wall in the adjacent Badlands National Park.

The Badlands Wall, in fact, is another Big Thing To See in the area -- it's a 100-mile long stretch of tiered, rugged cliffs! And they're only a short drive in your rental car from Wall Drug!

Even better, you can make Wall Drug AND the Badlands Wall into a part of your trip to Mount Rushmore National Memorial, which is definitely the most popular Big Thing To See in South Dakota. It's only a drive of about 75 miles west from Wall Drug Store in your rental car!

You might already know that South Dakota is one of the least populated states in our Big Nation, with less than 11 inhabitants per square mile of land! (For comparison, New Jersey has over 1200 people per sq. mi.) Honestly, there just isn't a lot to do in South Dakota, and this Big Drug Store combines a necessary source of medicine and other goods with the wide range of stuff that people in places like California, Florida and New England would usually buy from a shopping mall!

According to the New York Times, Wall Drug Store attracts over 2 million visitors, and sells over $10 million of merchandise, every year! That's a lot of aspirin and cough drops!!!