Unless you have the muscles of the Incredible Hulk, you won't be able to use this Big Horseshoe to play a game! 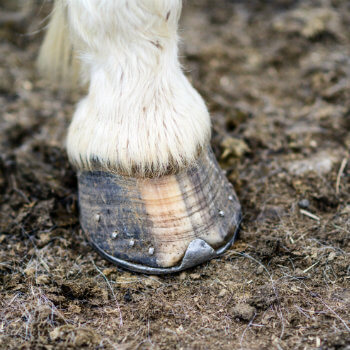 Located at the Martinsville Fairgrounds, 620 South York Street in Martinsville, Illinois, this Big Thing To See in the USA was recognized in 2013 as the current World's Largest Horseshoe by Guinness World Record officials. It's one of the most amazing pieces of iron ever poured at the Rowe Foundry, also located in Martinsville.

It is proportionate to, and patterned from, a normal horseshoe. It has exactly the same shape, finished edges and nail prints as a racing shoe that might have been worn by one of the famous thoroughbreds like Citation, Secretariat, and Affirmed.

Horse racing has a long and storied history since the 1930s at the Martinsville Agricultural Fair.

If you want to drive your car rental over to visit this Monumental Mustang Moccasin, turn south on York Street from Highway 40, and then drive your rental car to the south end of Martinsville. The shoe is displayed at the main entrance to the fairgrounds.

If you are driving from Effingham to see this Colossal Colt Cleat, you'll first drive your rental car about 40 miles east on Interstate 70, then use Exit 136 and turn right on 700th Street, which then becomes York Street. (The Fairgrounds sits about 2 1/2 miles south of the Interstate.)