Discover the city of trees and compare the cheapest car rental in Burlingame..

Did you know that there are about 18,000 public trees within the city of Burlingame?

Population: 28,806
Best Way to Travel: Car
#1 Thing to do: Burlingame Museum of Pez Memorabilia
#2 Thing to do: Crystal Springs Golf Club
#3 Thing to do: A Place 2 Play

5 Things to do in Burlingame 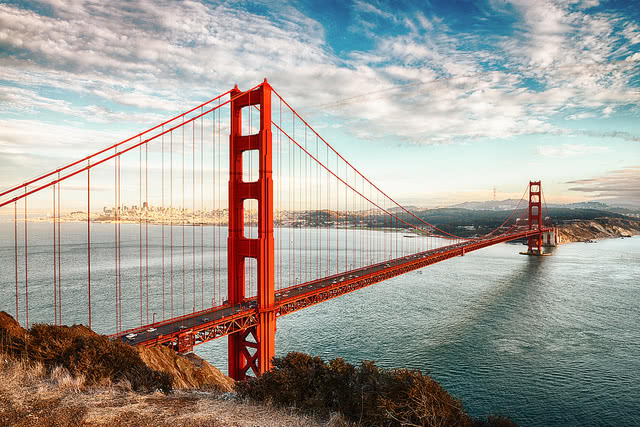 Burlingame (population 29,000), is 13 miles south of San Francisco on “The Peninsula.” In 2000, Burlingame had a median family income of $91,309, making it one of the richest cities in the state. Called the “City of Trees,” Burlingame has many nearby beach parks, due to its proximity to both the San Francisco Bay and Pacific Ocean.

Just south of Burlingame, this bayside park offers walking paths, picnicking, swimming, windsurfing, bicycling, jogging, fishing, boating, and sailing. Visitors may stroll along the beach promenade, visit the marina and its breakwater, look for shorebirds, or explore a saltwater marsh. The Magic Mountain Playground has slides, swings, and a three storey castle. The Coyote Point Museum for Environmental Education has natural history exhibits, plus aquariums, computers, games, films, and a wildlife habitat with native Bay Area live animals and plants.

The Museum of PEZ Memorabilia (above) has a quirky collection of approximately 400 PEZ candy dispensers, plus jigsaw puzzles, watches, and books on the toy's history. The Kohl Mansion was a Tudor-style home built for music and parties in 1914. The movie “Flubber” was filmed there. The Burlingame Railroad Station Museum was the first permanent building in the Mission Revival style in San Mateo County.

Burlingame is just minutes by car or Bay Area Rapid Transit from the airport. There, a series of rotating multicultural and natural history displays abound throughout the terminals. The Louis A. Turpen Aviation Museum, in the new international terminal, is an adaptation of the original 1937 passenger waiting room at Mills Airfield. A collection of historical items chronicles commercial aviation in the Bay Area, including the 5,000 volume San Francisco Airport Commission Aviation Library.

Sometimes, the best holidays are the self made types. Forget flying everywhere, see the scenery along the way, rent a cheap Burlingame car hire.