It's nearly Independence Day! Cities across the United States light up over the Fourth of July with dazzling fireworks displays, and many add their own unique touch to the celebrations. Aside from finding a great spot to enjoy the pyrotechnic shows, this is also the perfect time to book a car rental and hit the road. VroomVroomVroom has put together a list of some of the best places to celebrate the 4th of July and go on a quick road trip.

A beach escape from New York

The Macy's Fourth of July fireworks display makes New York an unforgettable place to celebrate Independence Day. Watch the East River light up as the massive pyrotechnic display kicks off. A great place to watch the biggest fireworks display in the country is from the Brooklyn Bridge Park. If you want to escape the concrete jungle, you can have a quick road trip to New Jersey for some fun in the sun.

Where to stay? For easy access to the beach, stay in one of the numerous beachfront hotels in Cape May and Wildwood Crest. If you want to experience the beach version of Las Vegas, you can stay in any of the casino resorts in Atlantic City.

Getting there: The route from New York City to Atlantic City is easy because you only have to drive along Garden State Parkway. You can either rent a car in Manhattan or upon arrival at John F. Kennedy International Airport. The travel time is approximately three hours, but expect traffic during the holidays.

A historic tour from Atlanta 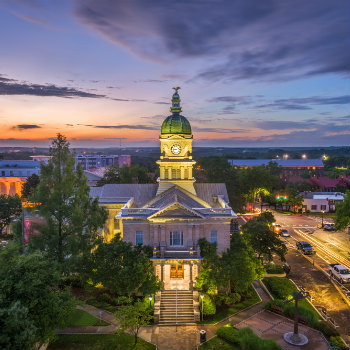 Rated among the best cities to spend the Fourth of July, there is plenty to celebrate in Atlanta. Centennial Olympic Park is a great place to take part in the festivities through the day and watch the fireworks displays. Also take part in the Peachtree Road Race, the largest of its kind in America. You can also go on a quick day trip to Athens and Blue Ridge to learn more about American history.

Where to stay? There are numerous hotels in Midtown, Downtown and Buckhead so it depends on what you want check out in Atlanta.  Midtown is more suitable for business travellers while Downtown is ideal for tourists because most of the major attractions can be found in this area. Buckhead is perfect for shopaholics who want easy access to Lenox Mall, Buckhead Atlanta and Phipps Plaza.

Getting there: There are several depots in Atlanta where you can pick up a car rental but you can also pick it up from Hartsfield-Jackson Atlanta International Airport. Take I-75 North to I-575 then continue driving along Georgia Mountain Parkway at the Cherokee County-Pickens County border until you reach Blue Ridge.

A foodie adventure from San Francisco 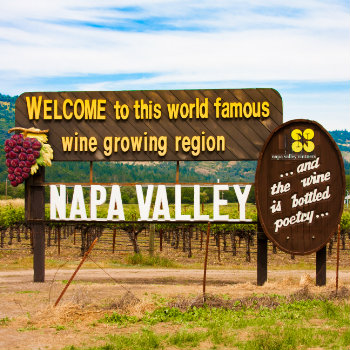 For anybody in California, the Fourth of July fireworks display over the Bay Area in San Francisco is a must-see. There will be plenty to keep you entertained the entire day with live music events and various activities at popular spots around the city in areas like Fisherman's Wharf. Named as the number one Best Foodie Cities in the USA by Travel U.S. News, San Francisco is the perfect base to begin your gastronomic adventure.

Where to stay? The most popular areas to book a hotel in San Francisco are the Financial District, Union Square and Fisherman's Wharf so make sure to reserve in advance in time for 4th of July. Napa Valley, on the other hand, has many classic resorts and cozy inns that offer great views of the valley.

Getting there: After picking up your rental car in San Francisco or San Francisco International Airport, get on US-101 S/ Central Freeway. After reaching Oakland, take CA-29 N/Sonoma Boulevard to Carolina Street to reach Vallejo.  This route has tolls so you might want to read our guide on USA Toll Roads.

Rent a Car in San Francisco