"The Walking Dead” Filming Locations That You Must Visit

In time for The Walking Dead Season 10, experience a unique and zombifying adventure in the United States. VroomVroomVroom has listed down some of the places in the United States where the long-running AMC series shot some scenes. If you're a huge TWD fan, why not head to some of its filming locations and revisit (or probably reenact) some of the scenes? A car rental would come in very handy when you check out these places. That's where VroomVroomVroom comes in because we will never rip you off on rental cars unlike what the zombies do.

So what are you waiting for? Dress up like Rick Grimes (Andrew Lincoln), Daryl Dixon (Norman Reedus), Maggie Greene (Lauren Cohan), or Michonne (Danai Gurira), hop in your car rental,  drive to any of the places listed below, and start snapping some photos.

Book a Car Rental in the USA 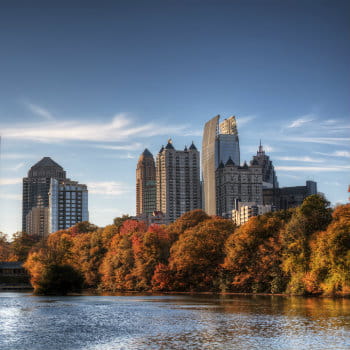 There were more than 5.5 million residents in Atlanta before the outbreak. Most of the scenes in Seasons 1 and 5 were shot in the city. It became a minor location in Season 2. The government and the army advised the people to go to larger cities to seek protection. They weren't able to contain the undead thus resulting in more walkers. The government's final solution was to drop a bomb, but it didn't end the outbreak.

Center for Disease Control or CDC for short is a building located within the capital city of Georgia. This place was featured in the first season episode entitled “Wildfire.” Survivors desperately tried to get to CDC to seek assistance from the government.

After they reached the building, the walkers increased which caused panic from the military. Rick and the gang were helped by Dr. Edwin Jenner who was the only member left at the CDC. 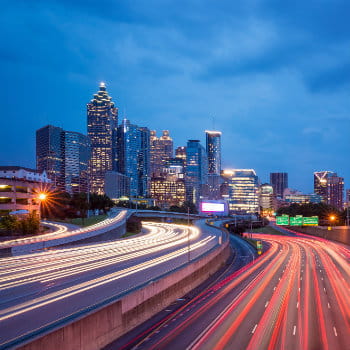 This highway was the primary route Rick Grimes used to reach the city of Atlanta during its pilot episode entitled “Days Gone By”. From the King County Sheriff's department where he was taken cared by Morgan Jones and his son Duane, Rick drove a police cruiser to Atlanta to look for his wife and child. The point of interest in this location is the gas station where he encountered a zombie child. Interstate 85 was also featured in Season 5.

Situated near Newnan in Georgia, the correctional facility was the main location of Season 3 and was also featured in the early episodes of Season 4. There was a scene wherein Rick, Daryl, Glenn, Maggie, and T-Dog had to defend themselves from all walkers in the prison courtyard.

The group spent the night in the field and celebrated their victory. Rick and the gang decided to clear the area from the zombies so they can have the whole facility for themselves since the supplies there were still intact. 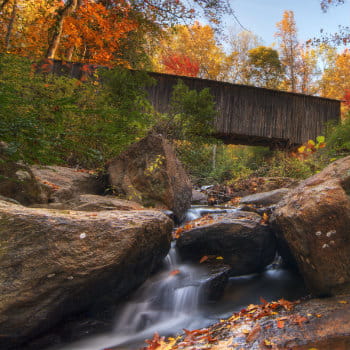 In Season 2, Rick Grimes and the gang stumbled upon this location in Senoia, Georgia after they were forced to leave Hershel Greene's farm when it was destroyed by the walkers.

A town named Woodbury is featured in the third season, but it was entirely shot in the city of Senoia. The Governor led the people within the fortified settlement during the zombie outbreak. He also took in other survivors including Andrea and Michonne.

The city located just outside the Alexandria Safe-Zone is where Heath and Scott, Glenn and the other survivors run for supplies. According to Eugene Porter, this place used to be a refugee camp before the walkers invaded it.

There are more interesting filming locations of The Walking Dead that you can visit. Check out this Wikia's complete list and the cool map below from Google:

Other road trip routes in the USA