Filmmakers, actors, and movie buffs from all over the world gather annually for the much-anticipated Sundance Film Festival. This year's event will be held from January 19 to 29 at the Park City, Utah. This festival isn't your typical Hollywood event filled with famous celebrities and paparazzi, but you will surely be in awe once you've witnessed the works of the film geniuses, new generation of filmmakers and talented performers participating in the event.

Robert Redford, President and Founder of Sundance Institute, said in a press statement, "From the passion and chaos of creativity, independent filmmakers make decisions to harness that energy, break new ground and tell their stories." Redford added,  "This year's Festival reflects every step of that journey, and shows how art can engage, provoke and connect people all over the world." 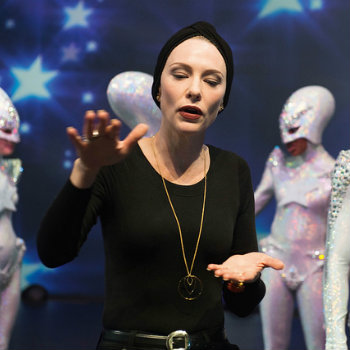 Sundance Film Festival has been around for more than 30 years; and it all started out as an avenue to showcase independent films in America. Today, it has become one of the most coveted indie film competitions in the world as it opened its doors to filmmakers from different parts of the globe.

Many people are wondering what they can expect in the 2017 Sundance Film Festival. According to festival director John Cooper the films in this year's festival show the human sides of issues, people and places we don't often see.

“Independent filmmakers, with their fearless, bold perspectives, are challenging us to witness our world's whole story. These artists, armed with their films, will lead us into the future,” Cooper remarked.

Last year, the festival attracted 46,600 attendees, which led to $143.3 million in economic activity for the state of Utah and gave jobs to at least 1,400 people.

Some of today's most notable directors including Quentin Tarantino (Kill Bill ), James Wan (Furious 7 ), and Steven Soderbergh (Ocean's Eleven) started out in the Sundance Film Festival. The organization also helped indie films reach a wider audience and some even end up making it to the Oscars.

See which among the upcoming films will make it the way Memento, Saw, The Blair Witch Project, Reservoir Dogs, and The Usual Suspects have . Visit the official website of the Sundance Film Festival to see the complete list of entries per category.

If you are attending the 10-day festival, it is advisable to leave your rental car at the hotel you are staying in and just take the Festival Shuttle since it is free. You also have an option to park at The Yard Park and Ride, China Bridge Parking Structure, and Lot G. For a complete guide in touring Park City, click this map which includes traffic regulations and pedestrian safety tips.

Tell us your picks for the best film features, as well as the major talents to keep an eye on this from this year's festival.