Reasons to book a rental car in Burbank with VroomVroomVroom

Burbank, population 103,340, is approximately a 15 minute drive from the center of Los Angeles. It is called the "Media Capital of the World," with the studios of ABC, NBC, Warner Brothers, Nickelodeon, and the Walt Disney Company. In the 1960's, “Laugh In” TV variety comedy show made jokes about broadcasting from “beautiful downtown Burbank,” that area has since been called "one of Southern California's most appealing urban centers" by Sunset magazine.

When you use VroomVroomVroom, you're booking your low-priced car rental with the experts, and here's why: 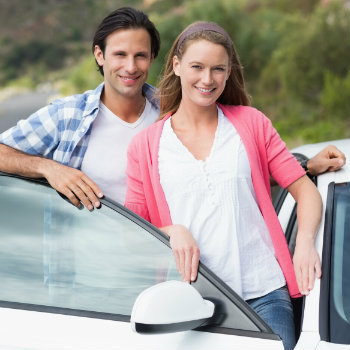 In Burbank, we show our customers affordable  prices for Avis, Budget, Enterprise and Hertz. In fact, we provide all their prices -- so you can truly compare and find the best deal on whatever kind of vehicle you want to drive!
If you're visiting Burbank, you'll probably fly into Bob Hope Airport. The airport, named for a famous American comedian and movie star, sees over 4 million travelers in its terminal each year. Southwest Airlines is a major carrier at Bob Hope Airport.
Once you've touched down at the airport, it's time to grab your bags and your cheap rental car. By using VroomVroomVroom to compare Burbank car rental rates, you don't have to search through other websites to find the lowest price!
Save money and time when you use our system to book your next car hire. Once you place a booking, we will send you an instant confirmation to your email inbox. At Bob Hope Airport, travelers have access to 10 different rental car companies, including Alamo, Avis, Budget and National who operate car rental counters inside the airport's Terminal B. Shuttles can be reached at the pedestrian island near the baggage claim (also in Terminal B) and can take you to rent a car elsewhere in Burbank.
With a cheap car rental in Burbank , you can go anywhere you want at your own pace!

5 Things to do in Burbank

1. Disney Studios: Founded in 1939, these are the only studios to survive from the Golden Age of filming, and were originally designed around the animation process. The studio's senior management building has a fascia of the seven dwarfs holding up the roof of the building, an homage to Disney's popular animated film “Snow White and the Seven Dwarfs.“ While Disney doesn't offer a studio tour and no part is actually open to the public, you can gain access in two ways: get tickets to a live taping of one of few sitcoms that are taped there; or one day a year, in November or December, the studios are open for Disney's Magic Holiday Faire, during which you can stroll around most of the studio grounds and buy handmade holiday crafts.

2. Warner Brothers and NBC studios: Tours of the Warner Brothers Studios reveal the behind the scenes operations of many of today's movies and television shows. The Warner Brothers Museum features pieces from the studio's past. The NBC studios are where many of the network's shows are produced. Tours include a stop at the set of Jay Leno's late night show and the TV soap opera “Days of Our Lives”.

4. Autry Museum of Western Heritage: Created by 'singing cowboy' Gene Autry, Walt Disney Imagineering designed the museum's six permanent exhibition areas. Western artifacts on display include buckskin fringe jackets, saddles, cowboy hats, spurs, and a full size stage coach drawn by four taxidermied horses. A steam pump fire engine, a saloon with a mahogany bar and a recreation of the gunfight at the OK Corral are also around. You might get a kick out of the pistols used by Belle Star and members of The Wild Bunch and the Dalton Gang.

5. Descanso Gardens: In nearby Flintwood, this secluded, lush botanical garden contains over 100,000 plants, including one of the largest displays of camellias in the world. In the garden is a lake that attracts migratory birds, a Japanese garden with pools and waterfalls, and the International Rosarium featuring thousands of rose settings. There is also a performing arts program that includes stage and musical performances and flower and craft shows. Walking and tram tours, horticultural classes, and lectures are available.

California is no place to rush through, Burbank needs your attention! If you are pressed for time, the best way to catch all the sights is to rent a cheap car rental and race around yourself. Public transport is totally a thing of the past.