Cars
RV Rentals
Loading...
Fast and Easy Way to Compare,
Book and Save on Your Car Rentals.
Download the FREE VroomVroomVroom App

Coronado is located in the San Diego County, in the State of California. As it is a very important resort type of city, Coronado brings a great number of tourists and visitors to the coastal region every year. Although it is said to be one of the most expensive places to live in, from the United States, the population of Coronado numbers over 24,000 inhabitants. The place is considered to have one of the top beach locations in the United States. 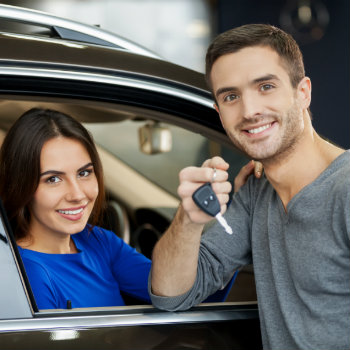 The Resorts in Coronado are very famous around the world for their professional services and high quality products. Many people who come here like to spoil themselves with the accommodation and activities provided by the three top resorts. State-of-the-art means are available in the following resorts: the Loews Coronado Bay Resort, the Hotel Del Coronado and the Coronado Island Marriott.

The Coronado Playhouse is one of the available theater companies in Coronado. They produce original plays and performances throughout the year, for all ages and types of viewers to enjoy. There are three different possibilities through which people can purchase tickets, giving certain advantages on each: season tickets (for premier and most plays), brunch and dinner tickets (given on special opening nights and holidays, as a larger celebration means and theater experience) and gift certificates (which can be designed and purchased according to the tastes of the person you would like to present them with). From time to time, the playhouse organizes acting classes for those interested in learning more about this career opportunity.

The Coronado Flower Show is the largest festival held here. The first show was opened in 1925 and has since managed to attract the curiosity and acclaim of many people. Flower growers and visitors both come in large numbers during this special weekend in April, either in order to showcase their amazing plants and sell them, or so that they can enjoy this beautiful scene of colorful flowers and purchase some for their own homes. There is also additional entertainment means, such as live musical performances, and contests.

Top 5 Things to do in Coronado

Coronado - The California gem, is one of the most splendid cities in the San Diego state. Many people call it an island but technically it is a peninsular as it is connected to the Imperial Beach. Originally it was named 'The Crowned One'. Coronado has the honor of being the 'Empress' of the San Diego bay. (Coronado means 'crowned' in Spanish). It is also called 'The Tent City' because of the tourist tents that crowded the Coronado Beach during the summer. If you want to enjoy the sunset view on the beach or simply savvy a drink at your hotel, your time in Coronado will be a memorable one!

1. Visit Hotel Del Coronado: Built in 1888 Hotel Del Coronado is one of America's largest wooden buildings. Even if you are not staying here you can simply capture the famous Victorian beauty with your camera. The rooms are simply breathtaking with antique furniture and you will not find any two that are alike. There are fine restaurants including the 'Prince of Wales' restaurant and 'Crown Room'. Beautiful grounds, a beach and dancing rooms await you at the Hotel Del Coronado.

2. Coronado Bridge: The 2.2 mile long bridge was constructed in 1969 and is a major attraction of Coronado. It is ironic that the best time to travel the bridge is during the rush hour as the impasse arranges a comfortable pace to spot the sunset.

3. Take a Coronado Walking Tour: You can take an interesting 90 minute tour through Coronado. Your tour will start from Glorietta Bay Inn on Tuesdays, Thursdays and Saturdays.

5. Gondola Cruises: When visiting Coronado, make sure you get a reservation for a 'Gondola Cruise'. You can retain the different packages available by different cruise companies. Your trip through the enchanting canals and waterways of Coronado Bay will be romantic, exciting and definitely memorable. Simply a must for any couple in love!

Top depots in Coronado
Other locations near Coronado
Coronado Map