Cars
RV Rentals
Loading...
Enjoy Budget-Friendly Indio Car Rentals and Save Big
Download the VroomVroomVroom app and access the best car hire deals wherever you are.

Indio is a city of around 80 thousand people, located in California's Colorado Desert. Indio is one of the most rapidly-growing communities in the 21st century United States, with almost 27 thousand new residents moving into the city between 2000 and 2010! The name “Indio” comes from the Spanish word for “Indian”.

Enterprise, Hertz and National all have locations in Indio, with plenty of available rental cars, trucks and SUVs for you to drive.

Reasons to book a car rental in Indio at VroomVroomVroom

If you need to book a car rental in Indio, or anywhere in Southern California, then VroomVroomVroom can help you to save time and money! How will we do it? By providing you with true price comparison on car rentals available for the date(s) you will need one in Indio. Our system gives you the total price, including fees and taxes, in a list that allows you to find the type of rental vehicle you prefer, at the low cost you deserve! Indio car rental booking has never been easier!

Once you've picked up your car rental, you will be able to explore Indio and the surrounding towns and cities at your convenience! If you find yourself with a free afternoon, you might hop into your rental car and drive a half-hour west to Palm Springs, or you could keep going and visit beautiful Riverside, California (about an hour's drive west of Indio). It's really up to you! Also, Indio is about 2 hours away, via rental car, from both Los Angeles and Mexicali.

Travelers to Indio will often fly into Palm Springs International Airport (airport code PSP). This airport, which is about a half-hour drive from Indio, is served by 10 car rental companies, including Alamo, Avis, Budget, Dollar, Enterprise, Hertz, National and Thrifty.

Drive you car hire to Indio 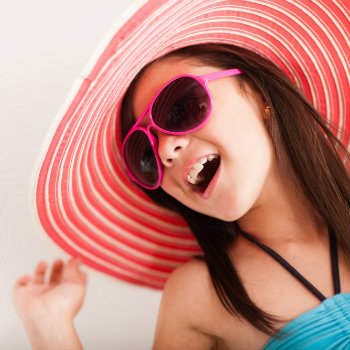 Indio is located in the Coachella Valley, Riverside County, California and is one of the most important agricultural areas in the state. The region is renowned for its produce, which supplies the needs of the entire region.

If you choose to spend the day in or near Indio, perhaps you'd like to make a wager or two at one of the Native American-owned casinos? The Fantasy Springs Resort Casino and the Spotlight 29 Casino are both popular tourist destinations, and only a short drive in your cheap car rental away!

If you're in Indio in February or December, you will want to check out one of this city's annual harvest festivals. Drive your car rental over and visit the National Date Festival in February -- it celebrates the local date (fruit) crop, and is held at the Riverside County Fairgrounds in Indio.

The Indio International Tamale Festival is held every December in Indio's Old Town district. It's really a sight to see! Chef John Sedlar once broke the Guinness World Record for the longest tamale, creating one at the Tamale Festival that was 40 feet long! (The record's been broken, and is currently 51 feet, 9 inches, made in 2006 at a Jackson, Tennessee, restaurant.)

Top 5 Things to Do in Indio

1. Visit the Shields Date Gardens: This garden is a legendary date orchard that was started in 1924. It specializes in the hybridization of different varieties of dates that, over the years, has resulted in much increased crop yields.

2. Enjoy a visit to the Riverside County Fair and National Date Festival: The festival is held annually, in February and celebrates the date harvest. There are exhibits of dates, produce, livestock, art, photography and monster truck and ostrich races.

4. Explore nature at Chicano Park: The park covers around 8 acres and houses the world's largest collection of murals, sculptures, earthen artifacts and other architectural features. The area was originally called East End and gained popularity in the immediate post World War II period.

5. Check out Indio Hills Palms: This reserve is also known as the Coachella Valley and contains a large number of ponds containing desert pupfish. There are also palm plantations and many other varieties of plant-life.

Other locations near Indio
Indio Map